Our robotics programme forms part of the greater STEAM programme, the purpose of which the aim to develop interests and abilities in Science, Technology, Engineering, Arts and Mathematics. Offering a dedicated STEAM space as well as a fully equipped robotics lab, Carmel School is leading the way in providing students the opportunities and resources to succeed.

Our Junior Robotics programme aims to develop skills in preparation for the FIRST Lego League. Carmel School is the first, and until very recently, the only school from Hong Kong that participates in the FIRST Robotics Competition (FRC). Carmel's Robotics team, officially known as team Prism 7242, will be competing in its third competition in 2020.

Students engage in specialised training in engineering, coding and programming, to develop the complex, advanced skills and knowledge required to participate in these programmes. We work with the staff from Hong Kong's Makerbay, as well as BSD Academy. Along with many technical positions, there are many opportunities to contribute to the team without a technical background, including marketing and fundraising.

Carmel School's first competition was in Shanghai, China. The competition was challenging but we proved to ourselves that even with relatively less experience, resources and space to build, we could compete against the larger teams. This year we had the aim of scoring points and finishing outside of the bottom 5. We ended up missing the finals by one position and finished in 19th out of 40. This was a massive achievement for us and solidified our potential as a team.

We are currently seeking support from our community in the form of mentors, donors and sponsors. For more information, please contact Dr. Kevin Yau.

FIRST (For Inspiration and Recognition of Science and Technology) is an international youth organization that operates the FIRST Robotics Competition, FIRST LEGO League, FIRST LEGO League Jr., FIRST LEGO League Jr. Discovery Edition, and FIRST Tech Challenge competitions. Founded by Dean Kamen and Woodie Flowers in 1989, its expressed goal is to develop ways to inspire students in engineering and technology fields. As of 2019, over 3,700 high school teams totaling over 46,000 students from Australia, Brazil, Canada, France, Turkey, Mexico, and the Netherlands, the United Kingdom, Hong Kong and mainland China, and more compete in the annual competition, with more than 7500 teams.

The first and highest-scale programme developed through FIRST is the FIRST Robotics Competition (FRC), which is designed to provide real-world experience and inspire students to become engineers. Teams are issued with a kit containing a base set of parts. The competition challenge changes each year, and the teams can only reuse some components from previous years. The robots weigh at most 125 pounds (56.7 kg), without batteries and bumpers. Teams are given six weeks to construct a robot that can accomplish the game's tasks. 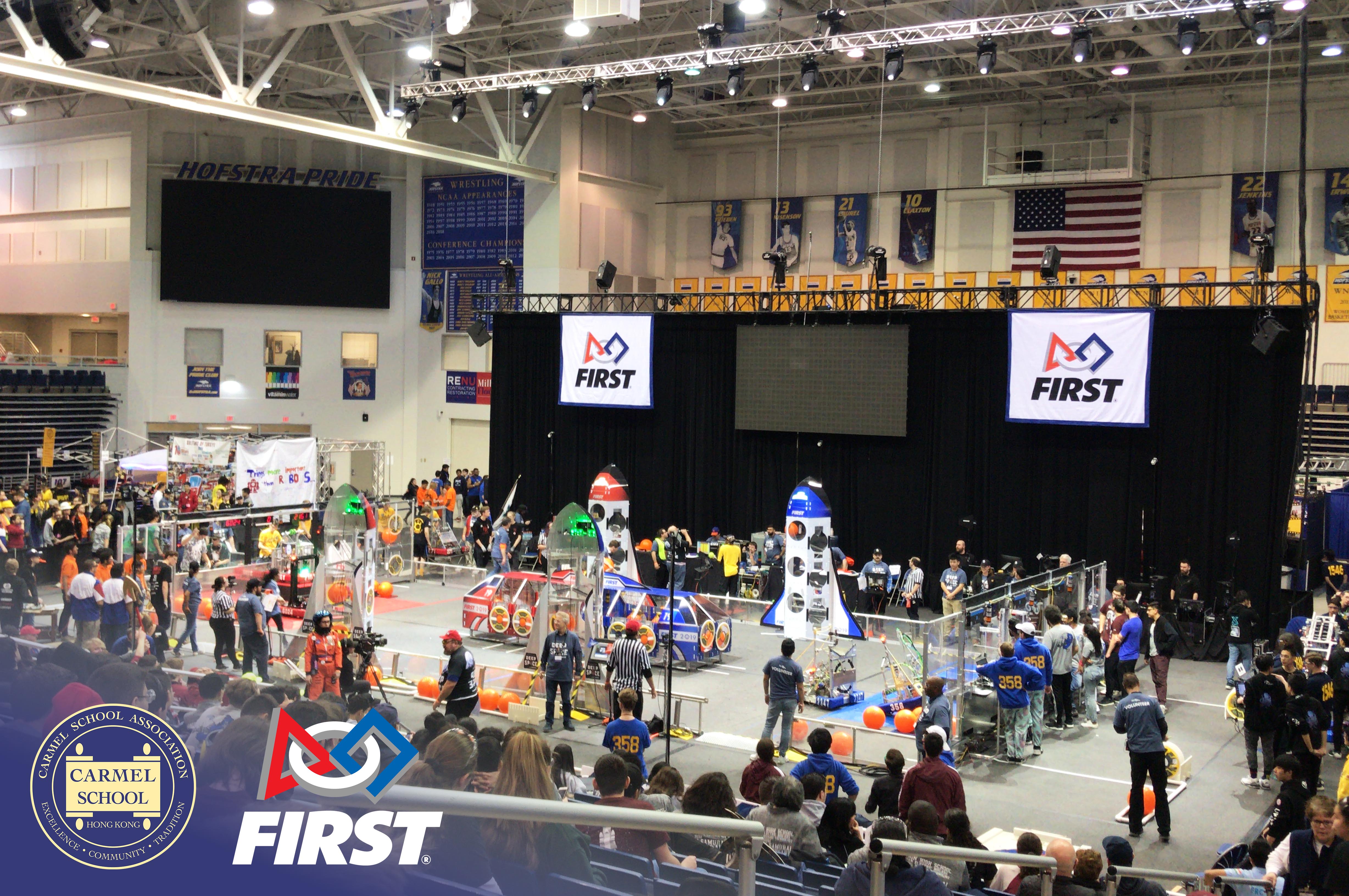