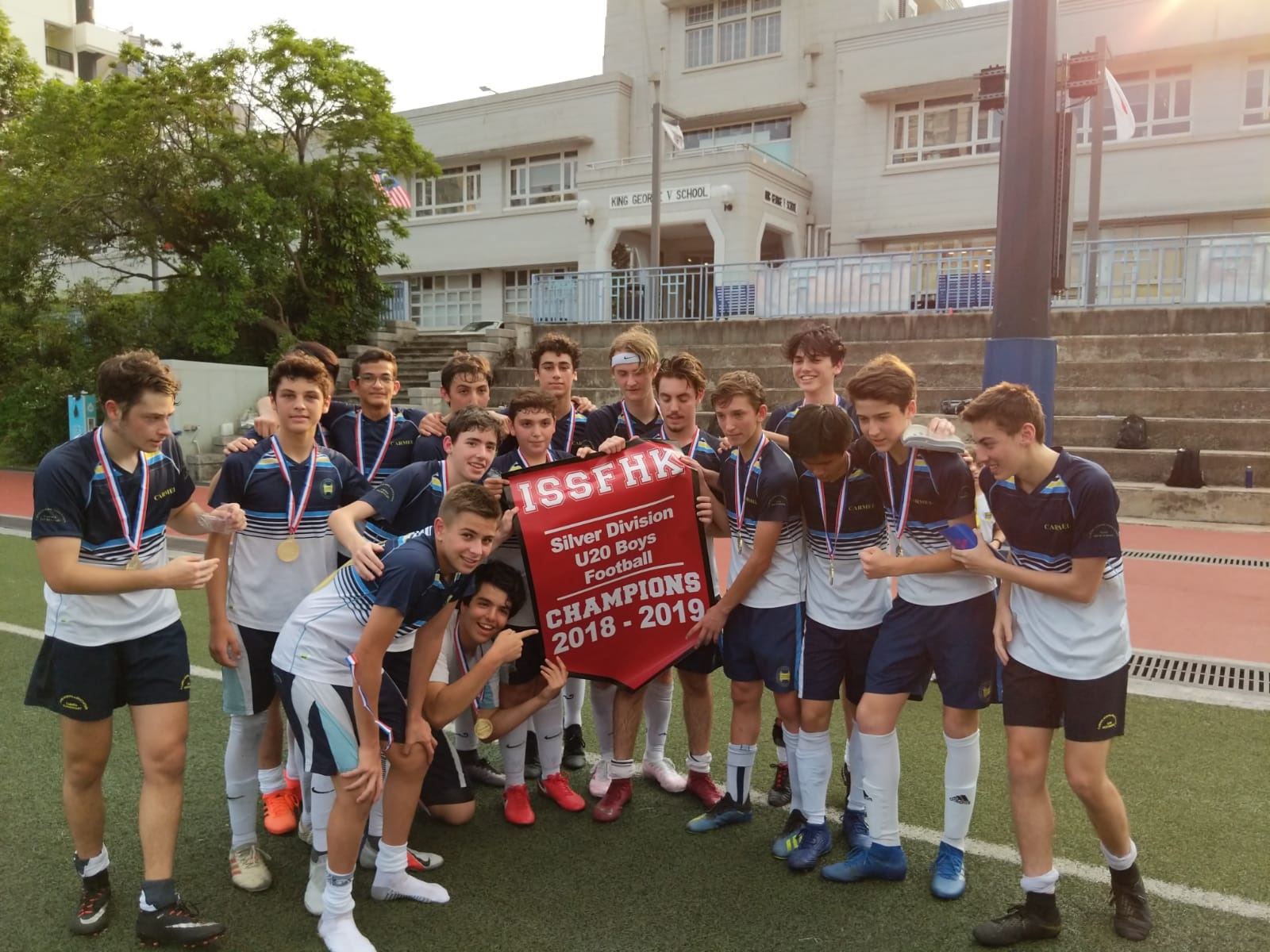 Thursday April 11 was the day. We were going to win the ISSFHK silver division final. It was the day where our dreams became reality.

As nervous as we were, we were thirsting for victory. We played with four in defence, one central defensive midfielder, three midfielders, and one striker. The whistle went, and just like that, we were playing the most crucial football game of our lives; we were representing the school, our family, and ourselves.

Just 60 seconds in, Marco was one-on-one with the keeper, and he stayed calm and collected to place the ball past the keeper. A loud noise was heard from our supporters cheering us on as we led against German-Swiss International School. When our next opportunity to score arrived, we were prepared. Nick received the ball at the back post and remained composed and kicked the ball into the back of the net. Once again, we heard a loud cheer from the crowd. It was happening; our minds were set on winning and nothing was going to prevent us from doing so. Another opportunity arrived, and Marco was again face-to-face with the opposing goalkeeper. Again, he kept a cool head and scored. We felt sure that we were going to be victorious!

The second half started and we conceded a penalty. As we were all lined up to clear the rebound our hearts were pounding. The striker took his run up and shot, only to find the ball land in our goalkeeper Ori's hands. The penalty was saved! However, once again a GSIS player was brought down in the box, and this time he found the net. The score was 3-1 to Elsa. A little later, a GSIS player chose to shoot and the ball went right into the top corner, giving Ori no chance.

Five minutes prior to the final whistle, the score was 3-2 to Elsa. The longest five minutes of our lives were underway. It was tough but we managed to hold on. As the final whistle came, we were delighted. All of the blood, sweat and tears had paid off. As we lined up to receive our medals, relief and joy filled the faces of our players.

Thank you to Mr. Julian for organizing this league and to coach for helping us prepare.

This Friday we will be celebrating Chag Shavuot. The Hebrew department launched a project to decorate our school and Hebrew students made paper mache decorations - something creative and fun for this special holiday.

On Monday afternoon of this week, Carmel School celebrated the graduation of its eighth Diploma Programme cohort.

Click here to read the latest editions of the Carmel Newsletters.